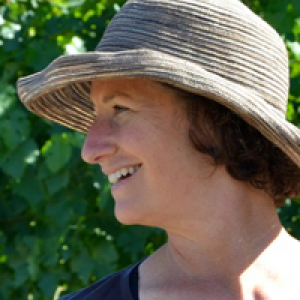 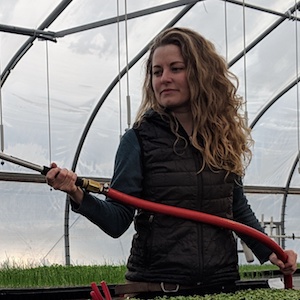 Jessica fell in love with growing food for her community while working alongside her parents and grandparents in their gardens and orchard, and later through work with market farms in Northwest Pennsylvania. Her farm management experience has included work on Biodynamic farms, and as she prepares to plant gardens and food forest on her newly acquired homestead, she is embracing the impulse to learn more and apply Biodynamic practices and principles. Jessica works as the Certification Manager for Real Organic Project, a farmer-led movement that upholds the integrity of organic farming, ensuring that crops are grown in healthy, living soil and animals are raised on pasture. During the growing season, she visits scores of farms. Each one is beautifully unique, but they all have at least one thing in common: they are working to heal the earth through their responsible practice of agriculture. 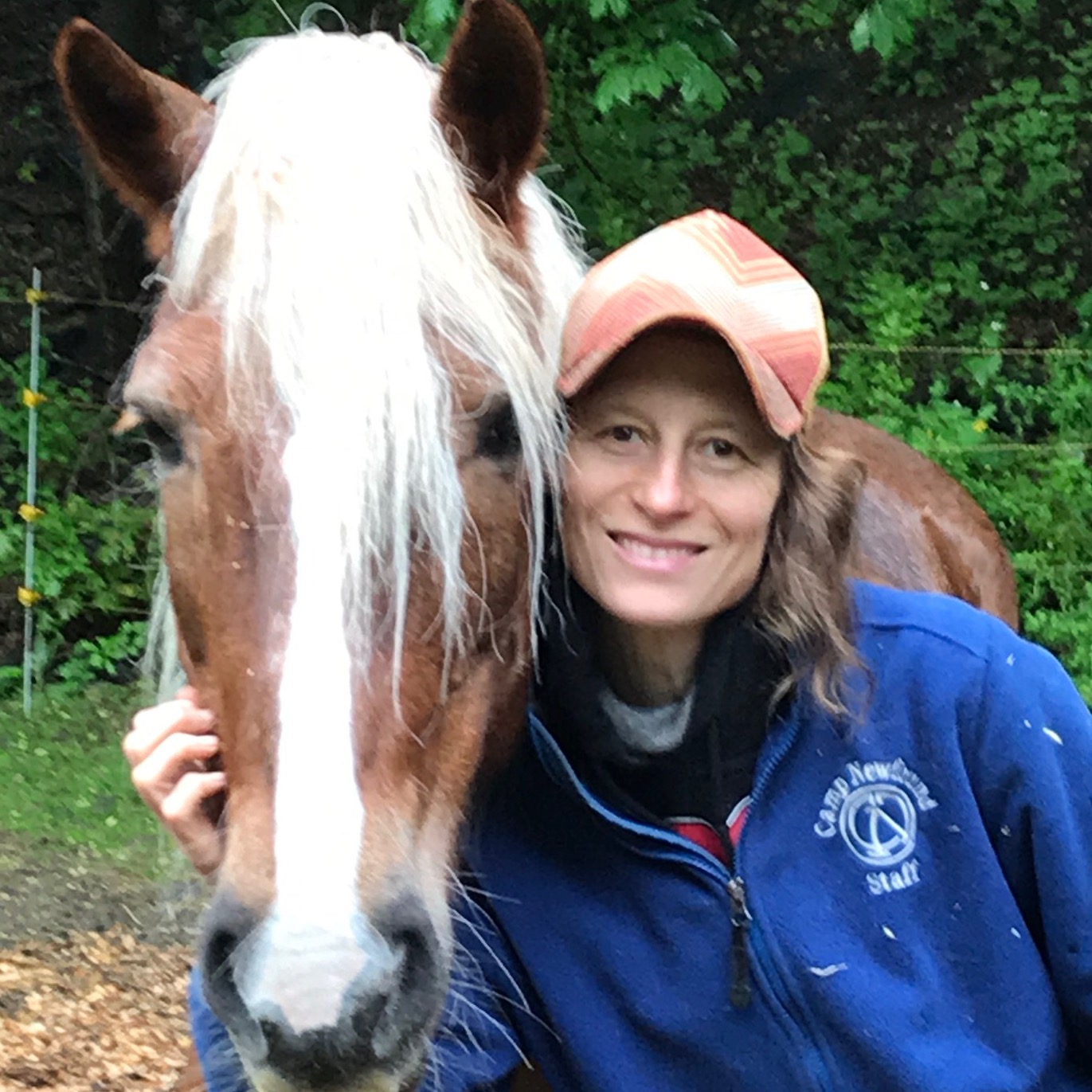 Megan Durney joined the Pfeiffer Center as an intern in 2006 and throughout the years has delved deeply into the art of Biodynamics through study and practice and has been involved in preparation-making, draft power, beekeeping, seed saving, intensive production gardening, and Biodynamic education and training. Currently she is a part of a collaborative leadership team working alongside the Fellowship, an intergenerational community centered around the care of the elderly, integrating land and educational programs in a new cooperative endeavor, creating a mutually supportive association of work and community. 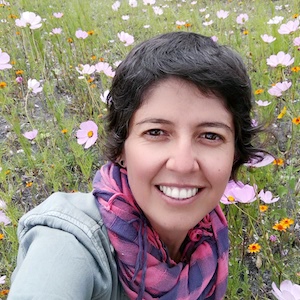 Gaby Gonzalez is a soil scientist, an architect and a third-generation Mexican farmer, descended from a proud campesino grandfather and schooled by her father in the ways of modern industrial agriculture, an approach she found seriously flawed. The lessons she learned from both of them found a new meaning when she discovered biodynamic agriculture. It became its lifestyle and the way to attract tools for the challenges to come in life and the deepening in learning the language of nature. 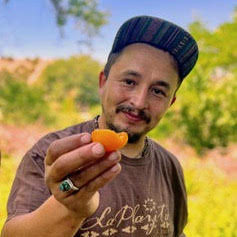 Joseluis M. Ortiz y Muniz is an indigenous, land-based, native New Mexican from the Genizaro land grant (La Merced de Santo Tomas el Apostol de Rio de Las Trampas) village of Llano De La Yegua. He currently lives with his daughter, Corina, and his life partner, Luzero, in his maternal village of San Antonio Del Rio Embudo in the high desert of Northern New Mexico, where together they tend to their crops, care for their livestock, and steward his ancestral lands. He has roots in traditional agriculture that was passed on inter-generationally through his family, and maintains a traditional land- and acequia-based way of life on land his family has cared for since time immemorial. He was born and raised in and grew up farming the High Llanos of the Sangre De Cristo Mountains and the low valleys of the Embudo River Valley. He, his family, and his community grow corn, beans, squash, chile, legumes, fruit trees, wheat, sheep, horses, hogs, and pasture, as well as hundreds of varieties of fruits and vegetables.

For ten years Joseluis worked with the volunteer and grassroots-community based Environmental and Economic Justice organization called Los Jardines Institute in the South Valley of Atrisco in Albuquerque, New Mexico. There he volunteered and interned with community leaders Sofia Martinez and Richard Moore, supporting them in building and developing land-based socially sustainable systems and transforming community by creating healthy realities where we live, work, play, pray, and go to school. For many years he directed programs at La Plazita Institute, working with adjudicated, struggling, addicted, incarcerated, and traumatized youth, families, and elders, supporting them to transform their lives through cultural and traditional healing and land based ways of living and knowing. His work and learning in community were part of a journey of self-transformation and self-discovery to overcome the hardships young people face in occupied Northern New Mexico. Today, he is the Community Liaison and Visiting Research Scientist at Sostenga for the Greenroots Institute at the Northern New Mexico College. where he works with world-renowned traditional farmer, water rights advocate, and community leader and elder Don Bustos to help coordinate the development of grassroots community-driven processes to determine and implement environmentally, economically, and culturally sustainable plans—rooted in water, food, and economic security—for the future of Northern New Mexico Culture.

A proud father rooted in community, Joseluis is a trainer for Diversity, Equity, and Inclusion; Anti-Racism; and is a very active community member. In addition to serving as a board member of the Biodynamic Demeter Alliance (BDA), He is also the Board President for the Rocky Mountain Seed Alliance, a Board member of the Espanola Famers Market, a member of La Cosecha del Norte (“a growing coop”), and the community-elected Mayordomo for the Acequia Del Llano del Rio Embudo. 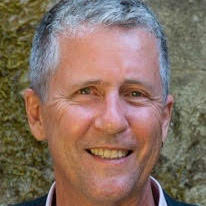 Thomas is inspired by farms as dynamic places of cultural, ecological, and economic regeneration, with the potential for healing land and people. Thomas is president of Angelic Organics Association (AOA), a community land trust and umbrella organization dedicated to social, economic, and cultural renewal through the integration of education, agriculture, and the arts. AOA protects land in perpetuity for organic-biodynamic agriculture, farming education, and land conservation. AOA holds a creative space for unity and freedom among its members — Angelic Organics CSA Farm (www.angelicorganics.com) and Angelic Organics Learning Center (www.learngrowconnect.org). Thomas co-founded Angelic Organics Learning Center in 1998 to build a local food system accountable to a quadruple bottomline: economy, ecology, equity and culture. Since 2018, Thomas operates Holy Cow! Advisors as a consulting group focused on agro-ecology, food systems, and racial equity organizing, and since 2019 Thomas has been a trainer/organizer with the Racial Equity Institute based in Greensboro, North Carolina. Thomas is married with eco-theologian and organizer Rev. Dr. Neddy Astudillo and they share a home in Tampa, Florida, with family, including parrots, a tortoise, fruit trees, living soils, and neighborhood chickens.