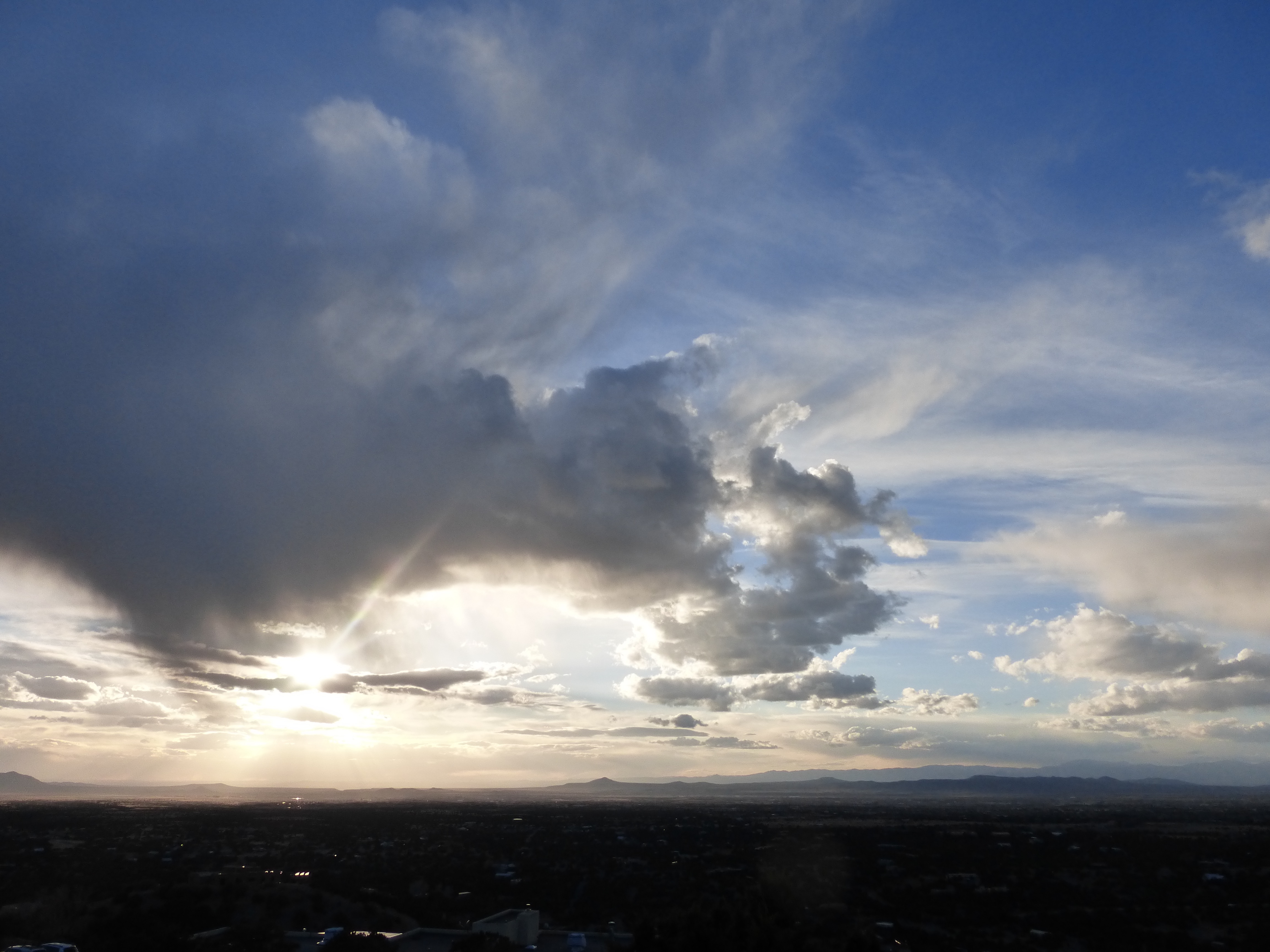 As we are rocked by repeated waves of climate change, and sharp shifts in politics, economics, and society, something durable is called for — something strong, wise, rooted in the land, waiting at last to find a home in our souls. The core native knowings that have been part of culture and agriculture on this land for 10,000 years or more can enhance our capacity to respond adroitly to the dissolving and shattering forces aroused in our era. For the sake of integrity and resilience, it’s time finally to consciously graft the variety of cultures that have come to roost on North America with the rootstock.

The rainbow array of cultural and agricultural ways that have entered onto the continent from Europe, Africa, Asia, and southern latitudes have never been grafted to the rootstock of Turtle Island (North America). Instead there has been an ongoing violent, systematic effort to annihilate rootstock ways through genocide, land theft, and treaty violations. That pattern has generated a massive energy field of karma, as yet unreckoned. Grafting refers to the process by which a plant serves as the base (rootstock) onto which cuttings from other plants are joined (the scions). Grafting ensures a strong, healthy, and productive crown, arising from a mature root system. It’s also a useful metaphor.

Now, in an era of pervasive change, it’s both an auspicious and a decisive time for the individuals, groups, states, and nations of North America to face the historic and contemporary reality by learning more deeply about, respecting actively, and engaging more constructively with the cultural and agricultural rootstock of the land we now share.

As it happens, a grafting impulse is one of the unifying themes woven into the fabric of the upcoming North American Biodynamic Conference*, Tierra Viva: Farming the Living Earth. The conference will draw together a multitude of the diverse cultural and agricultural wisdom streams that are part of modern life in the Americas. Come November, the conference will create time and space for fusion on the high mountain plains – the altiplano, if you will – of Santa Fe, New Mexico.

The biodynamic farming and gardening movement is one of many natural scions available for grafting to North America’s cultural and agricultural rootstock. But I feel that biodynamics in particular is a propitious cultural and agricultural domain for such fusion. A forerunner of organics, biodynamics embraces metaphysical realities that organics chooses not to factor in, and strives to work intelligently with subtle forces. When biodynamics was germinating as an agricultural discipline back in the 1920s, teacher Rudolf Steiner encouraged farmers to make use of an ancient principle from the indigenous knowings native to Europe and elsewhere: “Spirit is never without matter, matter never without spirit.”

Native peoples indigenous to the Americas have likewise long appreciated this foundational truth and held it in the forefront as they refined a culture and agriculture particular to this place, North America, over 10,000 years or more. Rather than using abstract intellectual constructs such as quantum field theory or general relativity, native knowings are conveyed in elegant, tangible metaphors, such as the teaching of the Sacred Hoop (Circle of Life), or the teaching that we have a fundamental responsibility to take care of the earth, for she is indeed our mother (Tierra Madre, Pachamama).

With presenters from the four directions and a rich mix of cultures, grafting will be in the atmosphere at Tierra Viva. Among the farmers, gardeners, and grafters whose voices will sound: Larry and Deborah Littlebird of Santo Domingo Pueblo, peacemaker Patricia Ann Davis of the Navajo/Dineh Nation, Emigdio Ballon of Tesuque Pueblo, Dr. Jose Ma Anguiano Cardenas from Nayarit, México, Karen Washington from Rise and Root Farm in New York City, Helmy Abouleish from Egypt, Sally Fox of Verditas Farm, and author/chef Deborah Madison from Galisteo, New Mexico. 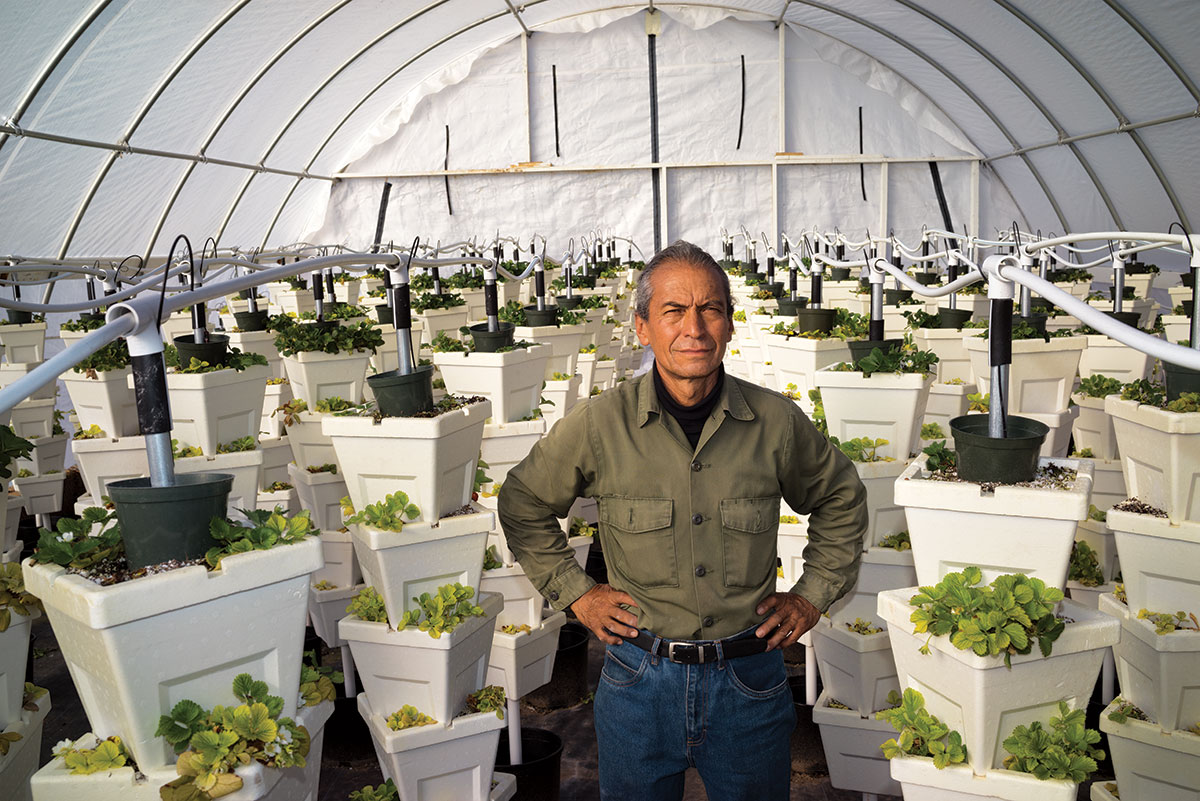 Cultural and Agricultural Wisdom of the Americas

The rootstock cultural and agricultural knowings of North America constitute basic understandings for long-term survival on this land. The knowings have been gained not over mere centuries, but over many thousands of years. In light of our present circumstances, these basic knowings are both relevant and essential.

For some time healthy natural grafting processes have been progressing in the array of agroecological movements toward clean, wholesome land, water and food, such as good food, slow food, organic food, food justice, food sovereignty, and a variety of First Nations initiatives. These are all positive and promising, but just a fraction of the food system.

Where grafting is acutely needed is in the industrialized, chemicalized, genetically manipulated, and patented realms of corporate culture and agriculture. They dominate our food system. And that food system has become one of the most ecologically destructive forces on our planet, a leading contributor to climate chaos. The agriculture system’s dependence on dense, lifeless minerals, and an array of poisons exists in parasitic parallel with an increasingly dense and sick culture at large.

The structure of the dominant food system has origins that extend back through history at least to genocide of native people and theft of their land, to slavery on farms and plantations, to the corporate forces which have driven hundreds of thousands of farm families off the land, to our current wholesale dependence upon, and exploitation of, farm workers. All that has to be faced, reckoned with, and resolved, or it remains toxic — toxic in a turbulent era.

But the potential is there for the dominant food system to begin intelligently and skillfully grafting its culture and agriculture to the rootstock.  A good starting point would be embracing the teaching of the Seventh Generation — to take into consideration the impact that every corporate project or action will have on our children’s children’s children unto the seventh generation. When a person or a corporation is sure decisions and actions will not harm, but rather will bring benefit to, that seventh generation, then it’s time to act.  What a profound difference that simple graft could make if taken sincerely.

The healing proposition of grafting has for centuries been eloquently told through the hemisphere-wide saga of The Condor and the Eagle as they are joined via the agency of the Quetzal. It’s an uplifting story, and it expresses a core understanding held by many traditional people in North, South and Central America. Simply hearing the story and paying attention to it, I feel, is a helpful factor toward healthy grafting.

In keeping with both traditional and emerging understandings, the North American Biodynamic Conference in Santa Fe holds promise for further cultural and agricultural grafting progress.

*Note: I‘m a member of the Biodynamic Association, and also one of the presenters at the upcoming Tierra Viva conference. Having had years of involvement with CSA farms and food coops, as well as having had the opportunity to walk thousands miles with native wisdom keepers, I’m strongly drawn to exploration of the cultural and agricultural grafting theme. At the conference I’ll facilitate a workshop titled CSA Farms: Awakening Community Intelligence. ~ S.M.

Steven McFadden of Santa Fe, New Mexico, is director of Chiron Communications, an enterprise offering keys for the health of human beings and the earth. He has been writing about CSA farms since their inception in the U.S. in the late 1980s. With Trauger Groh he co-authored the first two books on CSA: Farms of Tomorrow and Farms of Tomorrow Revisited. He’s the author of a dozen other nonfiction titles, including The Call of the Land: An Agrarian Primer for the 21st Century, Odyssey of the 8th Fire, and Awakening Community Intelligence: CSA Farms as 21st Century Cornerstones (2015).