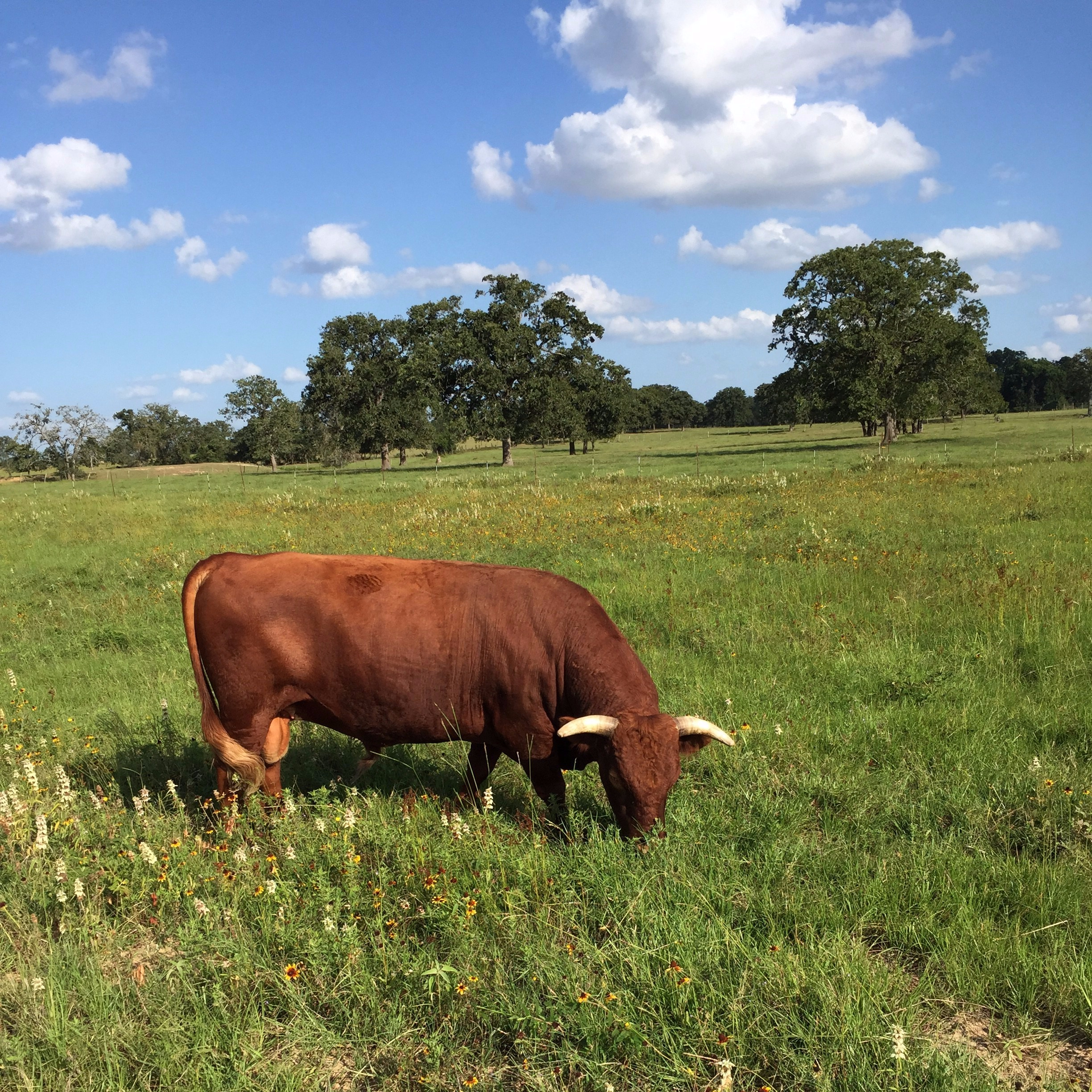 By Karen Davis-Brown In January 2017, the National Cattlemen’s Beef Association reported that Texas was the top beef-producing state in the country, with 12.3 million head of cattle ¹. Statistics indicate that millions of acres in Texas are dedicated to cattle production ².

Bill McCranie was originally from North Louisiana, and started his work life in the “oil patch” as he calls it -- the petroleum industry. While he was still in Louisiana he met his wife Nancy  -- a Presbyterian minister from Austin who came as the new minister of the church that Bill attended.  They backpacked around the world for the first several years they were married, and during that time decided to settle down near Austin.  While Bill is the first to tell you that he was not a farmer or rancher by birth, his interest in nutrition led him to be interested in organic agriculture.  He and Nancy decided to purchase a beat up, run down seventy-two acre ranch with a pond and several acres of forest.  Here they began the farm life, planting “rabbiteye” blueberries and picking up a few head of Red Poll cattle.  By 2014, the Red Polls had been traded out for Irish Dexters and fifty-seven acres of ranch land with better pastures were acquired, to expand the cattle operation.

The two pieces of land together are called “Chickamaw Farm~Ranch and Wildlife”. Chickamaw is the European spelling of the Choctaw word meaning “sacred land,” and the inclusion of “Wildlife” in the name comes from Daniel Imhoff’s author of Farming with the Wild3 whom Bill had met and heard speak at a Texas Organic Growers Association (TOGA) conference. The farm now has three catfish ponds stocked with a “food chain” of minnows as well as sun and other perch, for the stocked Blue and Channel catfish.  Bill even puts biodynamic preparations in the ponds.  A “green built home” that is their house, was begun and completed after seven years of living in a mobile home and after their second son was born. 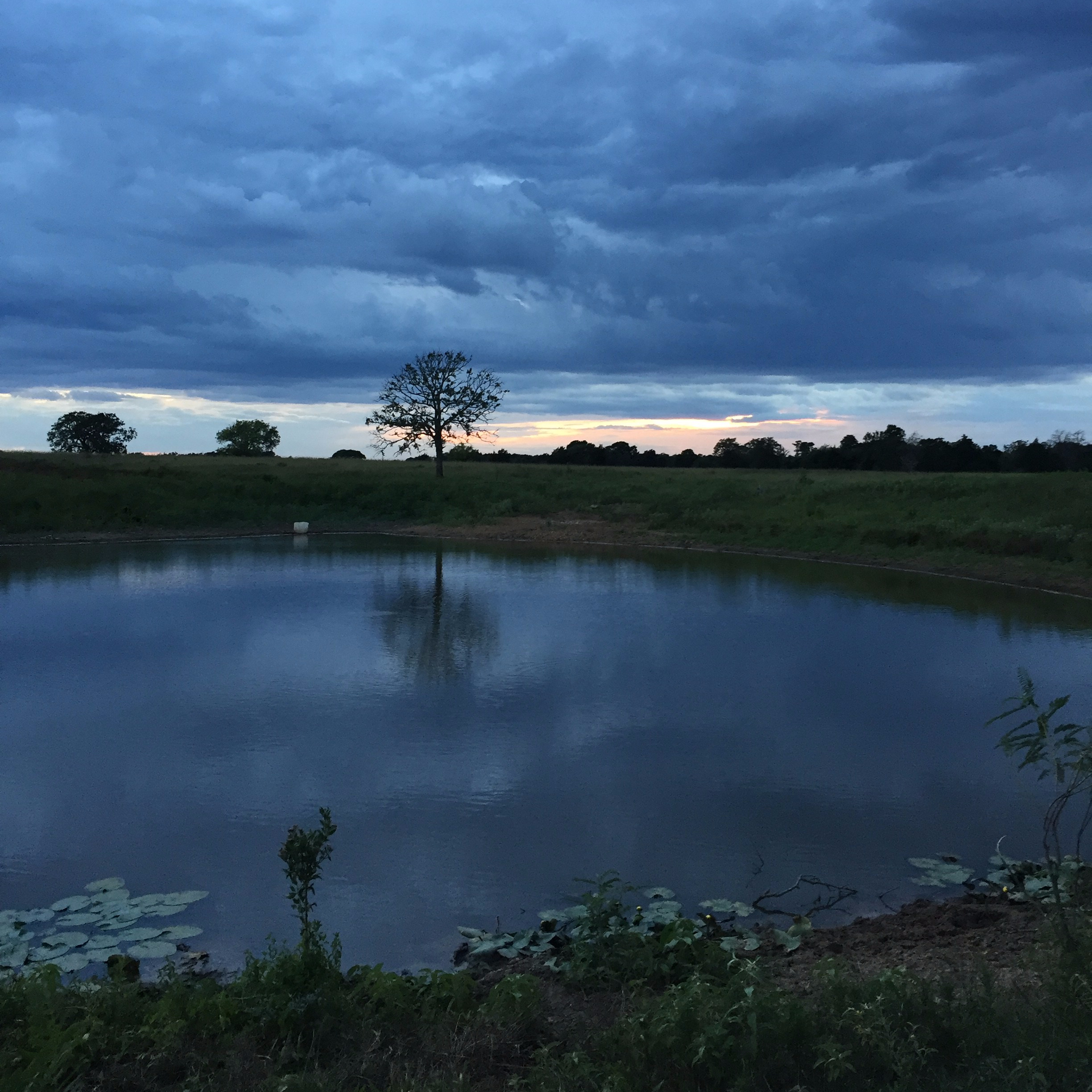 Bill started out as a certified organic farmer with a commitment to provide the best possible product for his customers. He first heard of biodynamic agriculture from “Waldorf moms” associated with the school in Austin, who came to pick blueberries on his farm. With their encouragement, he attended a Fall Workshop making preparations with Hugh Courtney at the Josephine Porter Institute, where he fell in love with biodynamics. Soon after, he attended a talk by Gunther Hauk and Dennis Klocek at the Austin Waldorf School, and was hooked forever.  Over the years since he first learned about biodynamic agriculture, he became more and more convinced that biodynamics is the “only…. anything” that a farmer/rancher can pursue in the quest for the most nutritious and flavorful food for his or her customers.

Bill began working toward Demeter certification for both the farm and the “ranchito” in 2014, and the first Irish Dexter calves that met the Biodynamic certification standard were born in late 2016. He explained that he chose Irish Dexters because “ they have horns and calve easily, which is important since they are out on pasture and I am several miles away. They also digest their food more efficiently, and their meat has a naturally deeper red color and great flavor.”  He told the story of his relentless search for a butcher who could cut the meat of these smaller animals in a way that met his high standards for both practice and presentation; only finding someone who could do the work the way he wanted it done on the fourth try.  And, he reported with pride his Demeter inspector’s observation that his cattle have “happy lines” -- lines that run horizontally across an animal’s lower rib cage, indicating a content and well-cared for animal.4 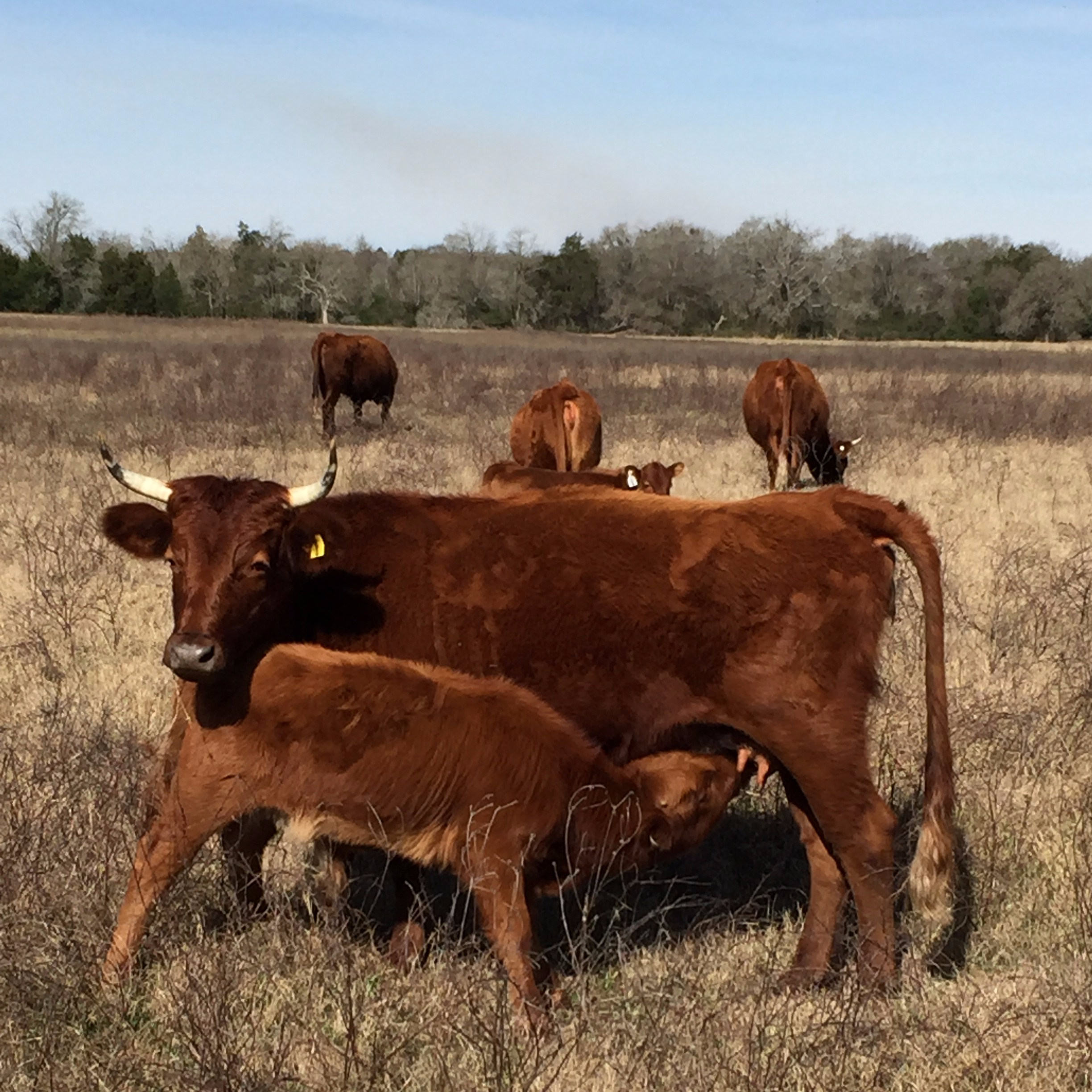 Bill explained that the fifty-seven acre ranch was originally in a family of German-Americans whose ancestors immigrated to the United States in the mid-nineteenth century, and that it has been “organic forever” because they never used chemicals. In Fall 2014, when he first acquired that land, he employed a botanist to assess the diversity of the grasses and plants there. The botanist was surprised to find at least 110 native species making up over 89% of the plant species on the land -- making it native prairie that had survived in the same condition as when bison first grazed there. Chickamaw cattle only eat grass or other flora grown on that land.

Bill’s goal is simple — raising the best berries and the best cattle. He reaches out to customers with beef shares, farmers markets, the u-pick berries, and perhaps soon even the Whole Foods in Austin. On his 129 acres in the midst of millions of acres of conventional agriculture and cattle land, he and his animals are content that, “We’re not doing much, but we’re doing it right.” He sees, in the future of Chickamaw Farm~Ranch and Wildlife, possibilities for diversifying with quail, native sheep, and apprentices. He is optimistic that, “Little by little, people will start paying attention to biodynamics.” With the kind of dedication, creativity, and ingenuity that Bill inspires, I have no doubt that he is right.

To learn more about Chicamaw Farm~Ranch and Wildlife, you can contact Bill McCranie at  (512) 567-3456, chickamaw@gmail.com.

Karen Davis-Brown is Editor of the Biodynamics journal for the Biodynamic Association. Since her initial training in biodynamics in 1999, she has worked in organic and biodynamic agriculture as a grower, trainer, writer, marketer, editor, newsletter/website designer, inspector, and consultant, in most regions of the North American continent. In addition, she is the Midwest Coordinator for the North American Biodynamic Apprentice Program (NABDAP).