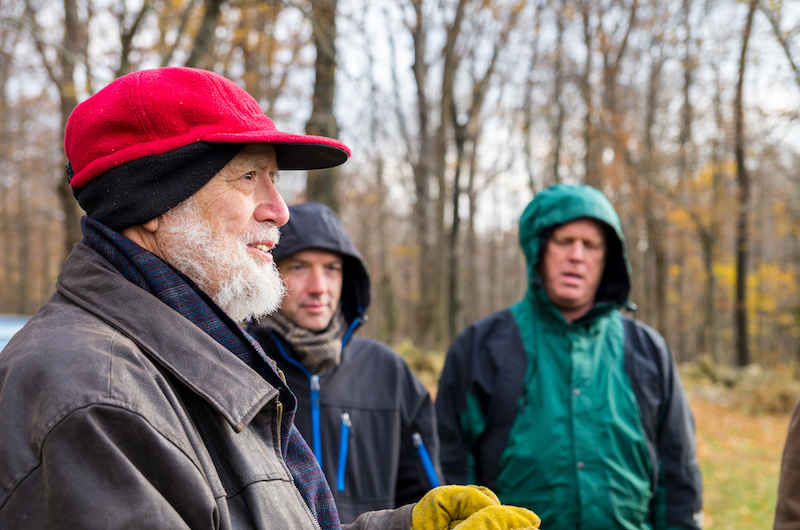 Hugh Courtney during a workshop on the biodynamic preparations at the 2014 Biodynamic Conference in Louisville, Kentucky (Broken Banjo Photography)

Hugh Jordan Courtney passed the threshold quietly in his sleep on June 15, 2020, at the noble age of 87 in Woolwine, Virginia. Hugh was a man of great feelings and high standards. He entered the world on Friday, July 8, 1932, in Cook County, IL. Little did anyone know at the time how much land this one man’s work would heal.

Hugh lived many lives. In an early version of himself, he was Lieutenant in the Navy. An intermediary form of himself manifested as a librarian. But his true vocation blossomed as a champion of the Earth and its redemption. For decades he crafted special herbal remedies to stimulate the renewal of exhausted farmland for the renewal of our common home and the furtherance of our spiritual development. He inherited his mantle from Josephine Porter who herself had received her initiation from the harbinger of biodynamics to North America, Ehrenfried Pfeiffer – an immediate student of the visionary spiritual leader, Rudolf Steiner. The strand connecting Steiner to Courtney is short and direct.

Read his full obituary, community memories, and articles about and by Hugh Courtney on our commemoration page. We invite anyone to share memories or other contributions on this page. Please email kaitlin@biodynamics.com with anything you'd like to share.