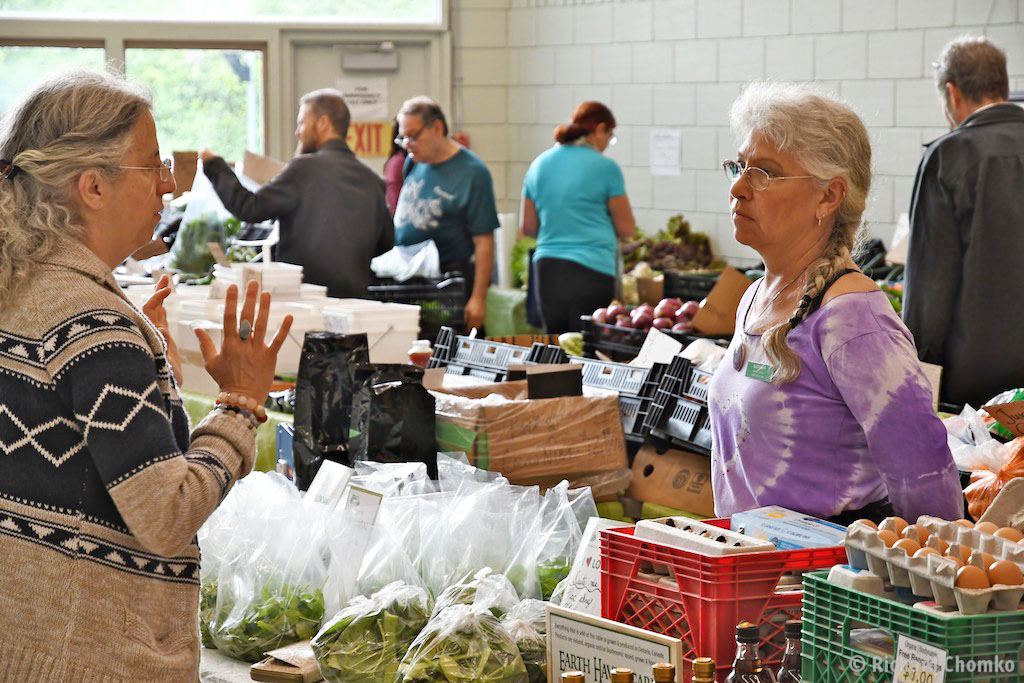 In December of last year, the Grade Seven class at the Toronto Waldorf School was raising funds for their Grade Eight trip by selling cookie mixes at the Village Market. There was some debate among the parents as to whether to continue to use organic ingredients in these mixes, due to cost. One of the parents in the class asked me write something about why I thought it was important to use organic ingredients. This is what I wrote (with some subsequent editing, specifically for publication in the Ontario Biodynamic newsletter):

People often find their way to organic food because of personal health challenges. That was the case for me. As a child, I grew up on a conventional farm eating a lot of sprayed raspberries and strawberries straight out of the field. Already as a teenager I was having serious health issues such as a lot of allergies. Like many people, I didn't get satisfaction from conventional medicine, and started looking at how I could improve my diet.

When I was 23, I studied for a year at Emerson College in England, which was attached to a biodynamic farm. In fact, the college was also home to one of the few English-language biodynamic training programs in existence at the time. Much of the food the students ate was grown on the farm. The food at Emerson College was the best I’d ever eaten. I have fond memories of going out behind the kitchen to ladle fresh cream out of the milk pails to eat with my muesli and granola in the mornings.

That experience — and hanging out with the biodynamic course students — inspired me to get involved in biodynamics here in Ontario when I returned. I helped Michael Schuster publish the newsletter for the biodynamic group here in Ontario, helped organize conferences on biodynamics with people like Trauger Groh, and eventually became one of the founding directors of the Society for Biodynamic Farming and Gardening in Ontario. I also studied agriculture at Kemptville College near Ottawa (which has since been closed), and wrote articles on the local agricultural scene for Farm and Country newspaper as their Eastern Ontario correspondent. Years later, when I came to Toronto Waldorf School where my wife taught and our kids went to school, I joined the management committee of the then-recently-founded Village Market and later became manager of the Market. 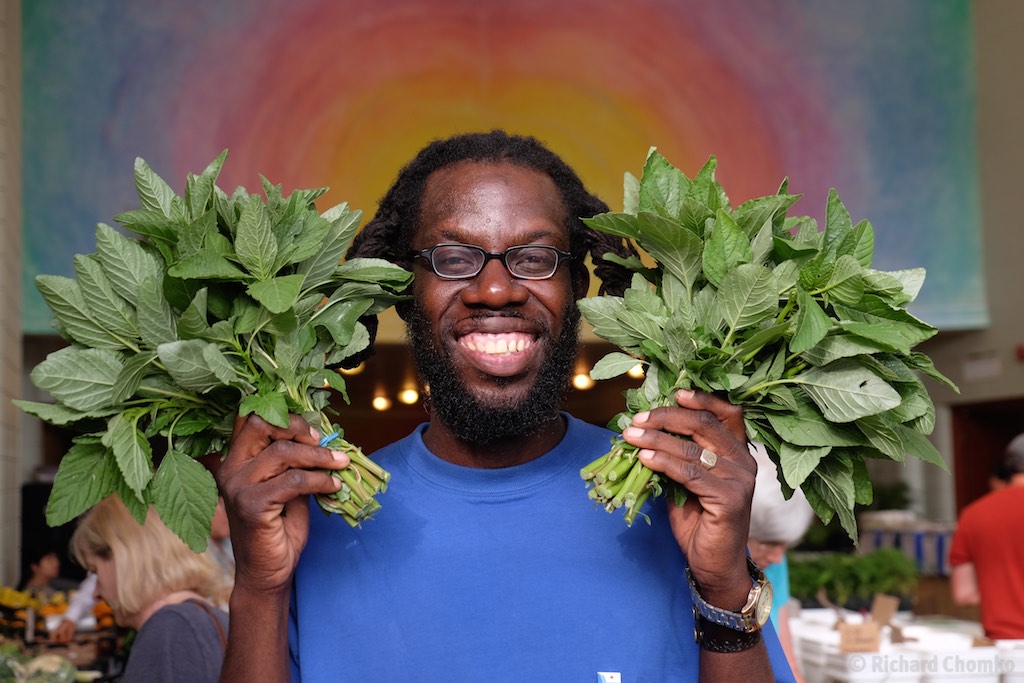 Nowadays I eat pretty much all organic and biodynamic. And I often notice negative health effects when I eat other kinds of food. Also, within the last few months I've come to appreciate the importance of better quality soaps. I tried using soap made by Birgitta Adrian-Morley at the Village Market for a month or so. Then when I ran out, I went back to Jergens. And that's when I noticed how "chemical" that soap then seemed to me. I think it's like that with food too. If we're used to eating conventional food, we don't necessarily notice it right away when we eat something better. But if we've been eating better food for a while and then go back to what we used to eat, that's when we can experience its lesser quality for the first time. 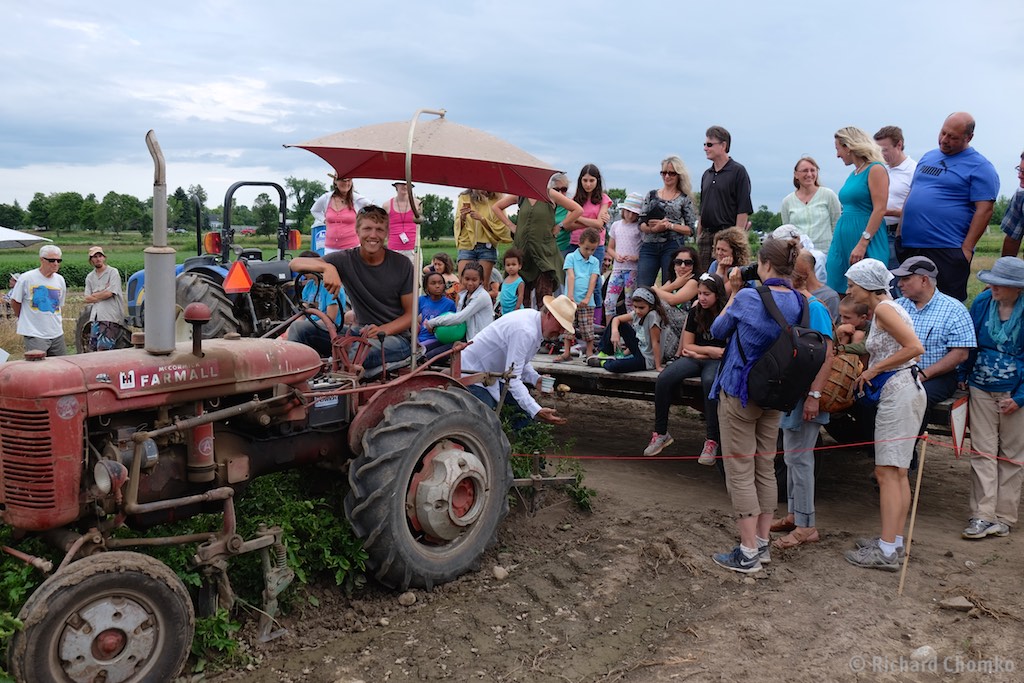 Monsanto's Roundup, the main ingredient of which is glyphosate, is one of the most widely used pesticides currently. As well as being used to control weeds, it's also sprayed on crops before harvest, to dry them out, for easier harvesting. This means that people who eat that food, get more glyphosate. Sadly, Roundup is become widely dispersed throughout the environment.

In my view, organic farming is a more limited version of biodynamic farming. It's a version that has been adapted for people who are not ready to consider the spiritual dimension of life. So organic is to biodynamic as wholistic education is to Waldorf.

One of the key people who developed biodynamic farming, out of the indications of Rudolf Steiner was Ehrenfried Pfeiffer. In a special 1958 issue of The Golden Blade, Dr. Pfeiffer recounts a pivotal discussion he had with Steiner on why healthy food is important. Here's the relevant quote. Pfeiffer himself is speaking, at the start:

“How can it happen that the spiritual impulse, and especially the inner schooling, for which you are constantly providing stimulus and guidance bear so little fruit? Why do the people concerned give so little evidence of spiritual experience, in spite of all their efforts? Why, worst of all, is the will for action, for the carrying out of these spiritual impulses, so weak?” I was particularly anxious to get an answer to the question as to how one could build a bridge to active participation and the carrying out of spiritual intentions without being pulled off the right path by personal ambition, illusions and petty jealousies; for, these were the negative qualities Rudolf Steiner had named as the main inner hindrances. Then came the thought-provoking and surprising answer: “This is a problem of nutrition. Nutrition as it is to-day does not supply the strength necessary for manifesting the spirit in physical life. A bridge can no longer be built from thinking to will and action. Food plants no longer contain the forces people need for this.” (http://wn.rsarchive.org/Lectures/GA327/English/BDA1958/Ag1958_preface.html)