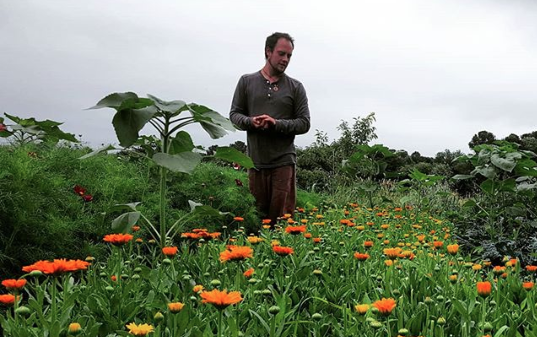 At the dawn of this new decade, you can renew the vitality of the earth, the integrity of our food, and the health and wholeness of our communities by becoming a member of the Biodynamic Association or renewing your membership now, and inviting friends and family to join you in membership. Members are the living essence of the Biodynamic Association, and to start 2020 strong our goal is for 500 members to renew or join before April 30, collectively giving at least $50,000 in member dues to support the work of the BDA.

“Seekest thou the highest, the greatest!

In that the plant can instruct thee;

What it unwittingly is, be thou of thine own free will!"

At a winter solstice gathering on our farm, a young girl asked about the vanishing flecks of gold rising from the glowing bonfire: “Where do all the sparks go?” she asked. I replied, “They become the stars.” The little girl gasped with delight and marveled at the stars above. A veteran naysayer barked, “That’s not true. They just become ash.” The child wisely ignored the folly of age and continued to be entranced by the scattering phosphorescence. This is precisely what biodynamics is about: everything flowing from the cosmos also returns.

As farmers, we are primarily stewards of starlight. We tend to favor our closest star, affectionately named the “Sun” in the way that we favor “our” tree or “our” family, but plants also collect the light reflected by our Moon and even the gentler radiations of the distant stars. Flowers stare up at their constellations and absorb the colors of limitless space.

Try not to think about what a great change we can all create by joining forces. If you can, put out of your mind Steiner’s words concerning how the benevolent yarrow plant benefits the entire region by its mere presence.

Medicinal or not, no plant ever questions where she is planted. Regardless of what moon phase we sow her under, she still grows. Whether or not we’ve added enough compost, the plant strives to grow and always without complaint. The plant has no thought of whether the “grass is greener” on the other side of the garden fence. The plant grows with a beginner’s mind, free from prejudice. Through its growth, the plant shines new substances every year on Mother Earth. Animals consume what the plants have sensed from the farthest corners of the cosmos. Whenever we eat, we sacrifice the handiwork so carefully assembled by elemental processes. Merely by living and eating, animals take while plants freely give.

People often ask the question: what does it mean to be human? In his 2019 book Underland, Robert MacFarlane exhumes the geology of the word “human” and shows how it is rooted in the Latin word humando, meaning “to bury.” Whether turning under cover crops, spreading compost, burying biodynamic preparations or interring our dead, ritual burial is inseparable from being human. It is our relationship to what we put into the earth that exemplifies our humanity.

An even more fundamental question today might be: why be human at all? Much of what humanity has done over the past centuries is appalling. Why would we want to be human at all?  We are at a point where the human race has taken so much from the earth that she can barely give us more. If it is no mere metaphor that the farm is a “living organism”, then it is certainly time we start referring to Mother Earth by a proper name: Gaia. If we only take from Gaia, we have not yet become fully human. Until we embody a life of active work and mutual support, we have not yet blossomed as human beings. Giving is the human mode of flowering.

If you were a flower, growing without hesitation in your soil without comparing it to any other substrate, how gracefully would your petals stretch towards the light? We have a cosmic opportunity to take the reins of human culture and direct ourselves into the future. We don’t have to be beastly to one another ⁠— though sometimes the animals do seem kinder to each other. As the flower barely brushes against the starlight, so at our best we just touch the celestial plumage of the firmament.

Biodynamics offers a distinct path towards becoming more fully human when we support giving more eagerly than we receive. How will you cultivate the future? People need to give as much as plants need to flower.

Even the most difficult times can form the salt and grit of collaborative action. While Gaia is weathering an anthropogenic fever, we must grow all the more earnestly. There are so many ways to bring about restorative change and contribute directly to agriculture: compost, grow your food, buy from local farmers, volunteer at community gardens ⁠— and so many more. But it is a unique way of human flowering to collaborate with this impulse by joining together with the panoply of the Biodynamic Association. Whether you are becoming a member for the first time or renewing, this is an organization explicitly devoted to the principles originating out of spiritual science for renewing our ecology ⁠— our home ⁠— for restoring Gaia.

The aspect that resonates most with me of the Biodynamic Association’s work is the Farmer Foundation Year in which apprentices are paired with farmers and also supported online courses and nourished by personal studies. This is one of the most seminal aspects of farming the future: if old yew trees are dying now, why weren’t we sowing seeds decades ago? The Biodynamic Association has already been sowing farmers, and you can be part of that exchange. If a farm is a “living organism” then a farm reproduces by producing more farms.  Apprentices are neonates, developing within the womb of their mother farm. We know that the general farmer population is aging rapidly, so we need a constant stream of new farmers ⁠— specifically new regenerative farmers. The Biodynamic Association excels at generating farmers with intensive on-farm experience and a wide experiential foundation. The farmers choosing to be born today are like none you’ve ever met before. They did not inherit farming habits ⁠— they chose out of their own initiative to join the priesthood of the Earth.

It may seem small, but to give to this cause is a meaningful act of intention. It is not small deed to see the cosmos in the sand, to feel the cosmos in a blossom, to hold a germinating seed, or to stir the water. Our aim is, as the prophet William Blake wrote, “To see a World in a Grain of Sand / And a Heaven in a Wild Flower / Hold Infinity in the palm of your hand / And Eternity in an hour”.

Members: you are already champions of the new aeon of agriculture. Renew yourselves and renew the earth. Newcomers, join us! Only together can individuals make a meadow. 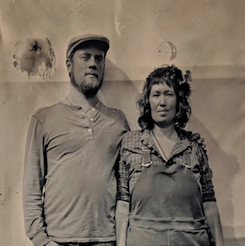 Stewart Lundy owns Perennial Roots Farm in Accomac, Virginia where, for the past nine years, he and his partner have raised ducks, geese, turkeys, chickens, sheep, hogs, and a couple dairy goats. On 50 acres, they also have a small market garden, young orchard, and more. Stewart is founding president of the Delmarva Farmer's Union, where he has launched the peer-reviewed Certified Delmarva Grown program. Herbalism is a growing love of his. He spends his free time giving workshops, consulting, and researching esoterica.