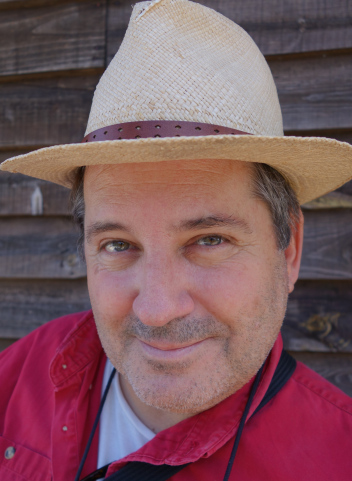 Dr. Lorand, a well-known biodynamic teacher in Europe and North America, passed away in 2017. Before his death, he wrote a series of books about biodynamics, which his wife Kati has compiled into one book, Biodynamics: A Course for a Spiritual, Ethical and Ecological Agriculture. The following are excerpts from this book, which has also been translated into German, Spanish, French, Italian, and Portuguese.

The book is available for order online, and you can find out more about Dr. Lorand's work at drlorand.wordpress.com or triptolemoseducation.wordpress.com.

From the beginning, Rudolf Steiner was clear that he thought his suggestions had a lot to offer agriculture. That was in the 1920's. Today, biodynamics has been embraced by numerous farmers and is considered — by those using the methods — the premier ecological method available.

Unfortunately, there is not enough solid philosophical, strategic and/or technical training and advice available beyond very basic introductions - nor enough that bridges anthroposophy and agroecology in the context of biodynamics. This course and the following are aimed, however modestly, at helping close the gap between superficiality and a serious, professional practice. The focus is on three themes:

The idea of the farm as an individuality.

The farm as an organism having, just like a human being, a physical body, an etheric body, an astral body and an ego, with all their complex physical and spiritual relationships. The effort needs to be made to strengthen the forces coming from the moon and the planets and using preparations that require complicated ways to make and then apply them, preparations which are supposed to bring down these forces into our farm individuality.

Don’t think of your farm or your garden as an individuality that’s just spread over the earth in the horizontal plane. Think of it also as something reaching into the vertical. The farm individuality, this wholeness that we are trying to create through establishing a closed system by building up bio-diversity, soil fertility and so on, as our attempts to create a healthy organism. As little as possible is brought in from the outside in order to create this closed system, which is aimed at strengthening this farm individuality, strengthening the healthy relationship between the etheric and the astral.

That being created by us, that space, is like a pillar, a pillar that stretches from the stars, from what Rudolf Steiner called the periphery of the universe, right down into the center of the earth. Each farm, each garden, each unique place that we work biodynamically is such a space. It is not just a horizontally spread-out place, but it acts like a column of space that extends from the heavens above to the center of the earth. In reality, it is our task in the biodynamic reality to work in that space, to engage in activities that are helping to bridge what is above with what is below. In that space, we will be able to create healing substances and use them in ways which will strengthen the spiritual forces that are currently waning from the earth. Without such efforts we would not be successful to strengthen the farm individuality; it would not come about.

Thanks for putting together these brilliant concepts...food for healing, food for thought, and food for the soul....