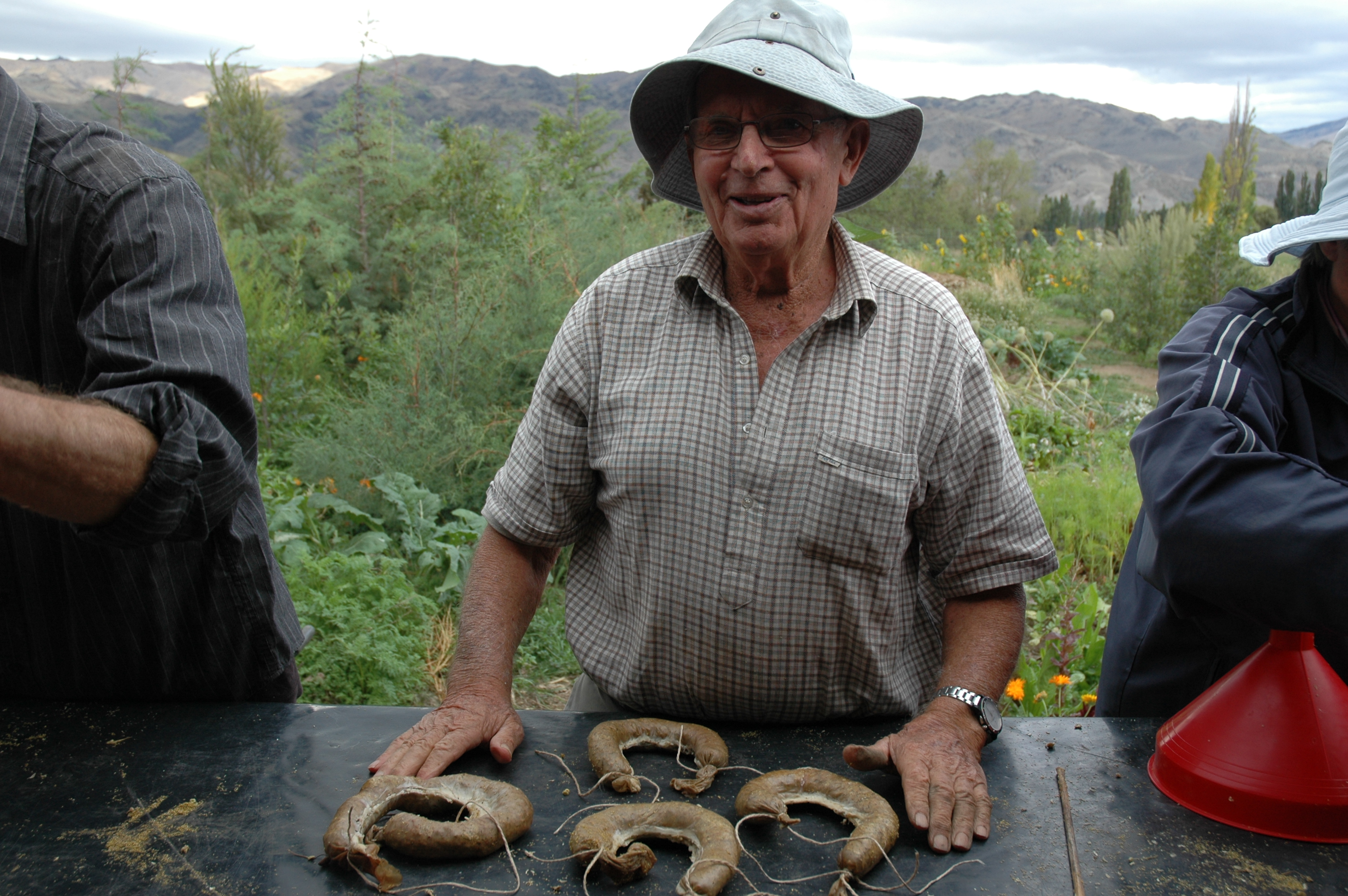 With Peter’s passing, the biodynamic community loses one of the key keepers of the biodynamic flame during the period after World War II. Peter was passionately devoted to biodynamics and to education. During many years he worked tirelessly to promote biodynamic practice in New Zealand. His passions took him to India, where he found a much more receptive, fertile ground, as mentioned in the recent Biodynamics journal. His work there was essential in establishing what has become a very vibrant biodynamic community. He received a personal invitation from Prince Charles’ head gardener to visit the Prince’s private gardens. Peter and his companion Rachel Pomeroy, a wonderful biodynamic practitioner in her own right and a gifted teacher of the relations between the starry heavens and the earth, spent years traveling back and forth to India right up until the time when Peter’s health would no longer allow him to travel. His accomplishments are far too many to list. And, of course, he wrote the eminently practical book, Grasp the Nettle. It should be in all biodynamic libraries.

In 2004 I met Peter and Rachel at their home in Hastings, New Zealand. I had traveled there with a client, Burn Cottage Vineyard in Cromwell, New Zealand, and we were in search of a biodynamic consultant for the new enterprise. I will never forget my client’s reaction to Peter when we landed at the airport near Hastings. Peter met us there, dressed, in a sporty Kiwi way, slightly natty — we might say "slightly preppy" in the US. No Birkenstocks, no beard, no tie-died shirt. Nothing like what the client imagined a biodynamic consultant might be. I was thrilled.

Peter worked with us for several years, traveling regularly between his home and the vineyard, helping to establish the integrated farm that it has become. He taught me different ways of practicing biodynamics than those I was used to in the US. He was always patient, yet enthusiastically demanding. Charming, but determined. He was an enormous support and mentor to our team in the vineyard during a time when most of the vineyards in the region thought that we were nuts. Grape growing is not easy in Central Otago…. We were the first biodynamic winery there. Peter held biodynamic conferences and field trips in the region and, within a few years, several wineries began to transition to biodynamic methods. Peter’s influence was essential, and that influence was due to his personality, his precision, and his well-grounded approach. I like to think that Rudolf Steiner would have had him sitting in the front row during the Ag Course. He visited us in the States and spent a few days with my wife and me. We held a course for wineries who came from near and far to listen to Peter. I count every moment of those days as precious.

Ted Lemon is the owner of Littorai Wines in Sebastopol, California.

I never met Peter since I never made the much desired trip to India to see him at his work. So sorry to have never been in his direct presence. However I did so strongly feel his presence and devotion to the work when I watched and shared his work numerous times while showing the One Man One Cow One Planet video to new biodynamic gardeners. I am so grateful for his passion and dedication, and for the renewal of the Indian soils and souls he touched. I am going to gather folks together in the next few days to show the video and bless his crossing over into a front row seat with Steiner. Thank you so much for holding this man and his work in our awareness.

Today when I saw this blog page I felt extremely happy to see the honour given to Mr Peter Proctor. I am a fortunate person among several to work with Peter Proctor for several years in India. I had a great chance of attending his first seminar on Biodynamic Agriculture in India at Indore, Madhyapradesh from 18th to 20th October 1993. Then he was taken as Biodynamic consultant to the Kurinji farms (it was around 310 ha of orchards) in which I was the Farms Manager.

During his stay of 15 to 20 days in a visit, he identified all the herbs needed for biodynamic preparations making from India and gave us the method of cultivating the herbs collected as well as from the seeds from New Zealand, in a highly elevated place called Kodaikanal, Tamilnadu, South India. Subsequently, he gave us the techniques of preparing all the biodynamic preparations.

In 1997 with the help of Mr. Peter Proctor & Mrs Rachel Pomeroy, Kurinji farms along with an NGO - Palani Hills Conservation Council (PHCC) with the support of Newzealand Australia Biodynamic Outreach program initiated a Basic Biodynamic Course for a period of two months at Kodaikanal. Then the same Basic Biodynamic course was further contents to 21 days and due to the inconvenience for the participants from different places of India and other countries, the days was subsequently reduced in different periods/ years and now it is continued as Basic Biodynamic course for 6 days and Biodynamic Preparation Making course for 3 days. Peter proctor was conducting the training program till 2007 and after that several people trained by him are conducting the course now. I am very much fortunate to be a part of this course from the beginning till now at various levels and also now heading the "Training sub committee of BDAI".

Because of Peter Proctors enthusiastic efforts several estates and farms started practicing biodynamic agriculture and as a result of that within short period of time in 1999 "Biodynamic Association of India - BDAI was formed. He travelled extensively in India conducting several training programs in different parts of India.

I can write several pages explaining my experience with Peter Proctor and the impulses he has left with us and udespecially the hardworking and sincere approach and attitude towards Organic and Biodynamic farming.