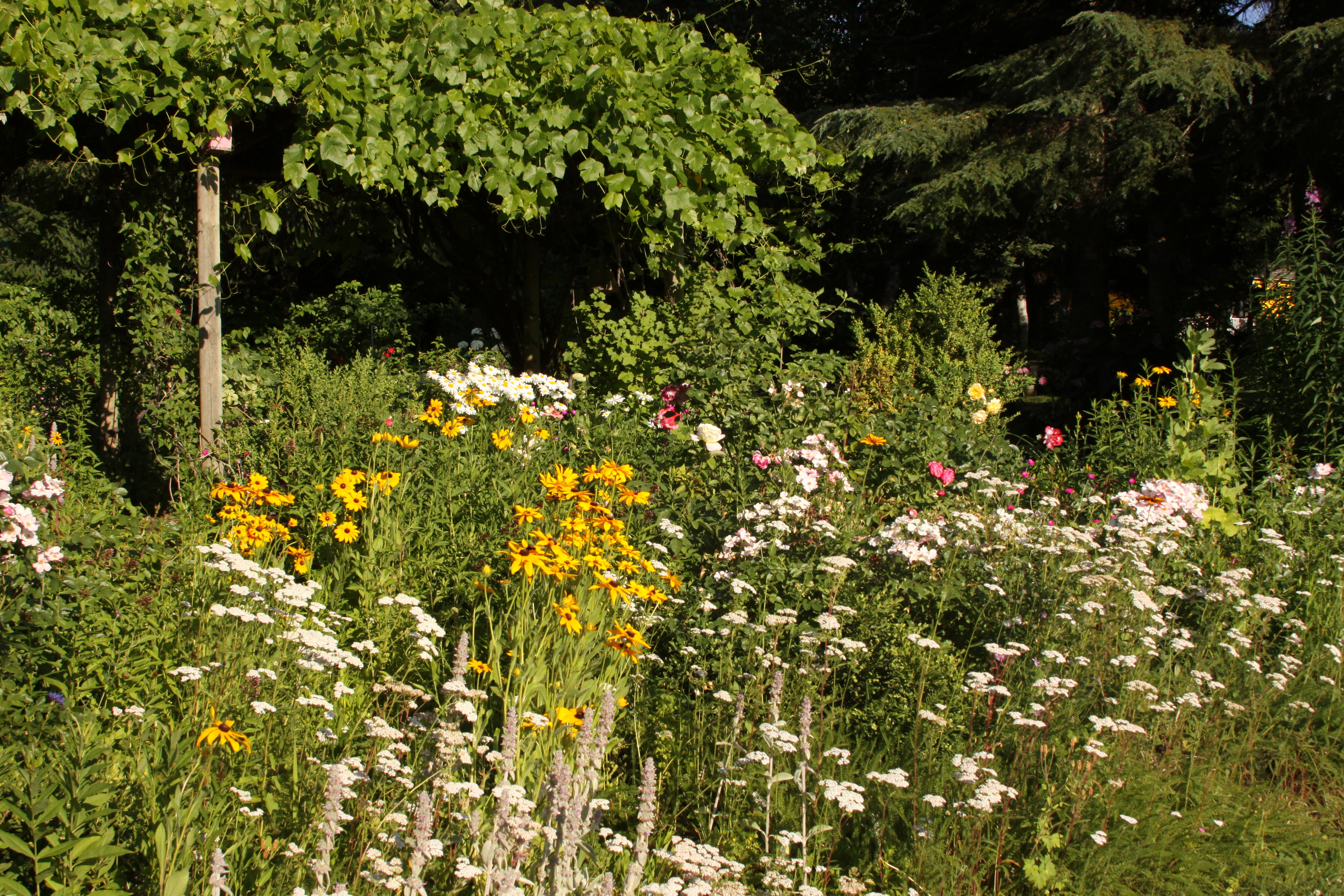 We're pleased to offer two opportunities to learn and discuss the principles of The Sacred Feminine with Claudia J. Ford. Join us for a webinar on April 17 and then explore more deeply during a six-week online course which begins in December 2019.

The majority of our current food and farming methods are not just or healthy, they are not sacred — not for individuals, for communities, or for the planet. Yet, this is the very time when we can and are compelled to transform these systems. Embracing the paradigms of the sacred feminine should give us hope in the possibility of change. Why should we maintain hope in the face of intensely challenging, complex environmental problems? Onnesha Roychoudhuri tells us, “Hope is the thing that makes us try, that makes us human, that makes us consciously evolve. It is what sustains long term vision. Hope is about staying in the fight, it’s about survival.”[i] As we investigate the reclamation of sacred feminine principles and practices for agricultural and food justice, it is critical to recognize the deep histories of oppression and discrimination in these systems while maintaining hope that we can redress these discriminations. It is imperative to ask questions about continued systemic barriers to land and farm ownership, to understand the ongoing barriers to food access. To be sacred farmers, we should know what food and agricultural justice look like.

Healthy food is a human right, not a privilege to be reserved for the wealthy. Food activists are asking: “Where does our food come from and what is the true cost of its production? How have systems of oppression such as capitalism and white supremacy warped our understandings and practices around food? How is food being used to heal, connect, transform, and preserve our cultures and communities? How do we build food justice movements that recognize the complexity of our different stories of food; stories of cooking, eating, and ceremony?”[ii] Mohawk Seed Keeper Rowen White advises us that now more than ever, many indigenous and marginalized communities are reclaiming traditional foods as an essential strategy for decolonizing and sustaining their cultures, bodies, lands, and water.[iii] Trendy alternative food spaces like farmer’s markets, slow food, avant garde food, even some community gardening initiatives often reproduce privilege and exclusion. But they don’t have to; they can be visionary for change and the support of food sovereignty.[iv]

The concept of food sovereignty was developed by La Via Campesina, an international coalition formed in 1993 of organizations from 81 countries, and brought to public attention during the World Food Summit in 1996 as an alternative to the neoliberal industrialized regime of the global food system. Since then the concept of food sovereignty has become a major issue of the agricultural debate among United Nations agencies and within individual communities.[v] La Via Campesina reminds us that “[f]ood is not a commodity and eating is not merely a matter of individual choice. Food systems are about dignity, sovereignty, and justice. Food sovereignty is the right of people to healthy and culturally appropriate food produced through ecologically sound and sustainable methods, and their right to define their own food and agricultural systems.”[vi] Food sovereignty is a prerequisite for attaining food security — the reliability and supply of adequate and nutritionally sufficient food. Food security, however cannot stand without food sovereignty and food justice.

Food justice includes all aspects of food production from the type of seed used to grow the food to what is being sold in different neighborhoods. Food justice is most succinctly described in the words of Leah Penniman, co-founder of Soul Fire Farm as “[t]he dismantling of oppressive structures that misguide our food system.”[vii] Food and agricultural justice are movements towards human and ecological freedom, harmony, and balance, and include how we distribute and relate to land. Forms of regenerative agriculture — indigenous ecological knowledge, permaculture, biodynamic agriculture — must be specifically connected to developing more just food systems while promoting human consciousness development and reclaiming spiritual relationships with the land and species that provide human sustenance.

The sacred spiral of just food and agricultural systems is available to us, and the wisdom of Sophia can guide us to the great courage required to engage spiritual agriculture with food and social justice. Sophia is the goddess who stands for wisdom, skill, cleverness, and grace. Sophia is one of the universal Great Mothers: Isis, Ishtar, Inanna, Astarte, Kuan Yin, Skywoman, Shakti, Chokmah, Shekhinah, Sheela-na-gigs. Sophia is the Mother of Faith, Hope, and Charity. Sophia is the Mother of God, the Mother of Humanity, Soul of the World, Holy Spirit, and the revelation of God. Sophia is the sister of the Female Allegories at Ephesus: Sophia — wisdom, Episteme — knowledge, Ennoia — intelligence, Arete — valor. Sophia is the Goddess Natura. Sophia was presented to anthroposophy by Rudolf Steiner in his book, The Goddess: From Natura to Divine Sophia, and a later compilation of his writings titled, Isis Mary Sophia: Her Mission and Ours. Steiner united anthropos and Sophia. [viii] In the introduction to Steiner’s book, Isis Mary Sophia, Christopher Bamford says, “Sophia pervades Anthroposophy from the ground up.” Bamford also says that “Sophia is a divine feminine spiritual being who knows, feels, and acts from the very highest spheres of divinity to the lowliest, humblest clefts and corners of the Earth.”[ix]

What is required of us is wisdom, knowledge, intelligence, and valor. These are the elements of character that will guide the behavioral changes needed to return humans to an ecologically sound relationship with each other and the natural world in the 21st century. Cynthia Avens and Richard Zelley tell us that “[w]e are living today in a world of chaos and confusion. It is precisely in times such as these that Sophia calls most strongly. It appears that Sophia emerges and re-emerges from her hidden places at critical periods of cultural transformation, during those times of paradigm shift when new perceptions, values, and worldviews are needed. Today it is imperative that we listen to her call, heed her words of wisdom, and mediate her healing qualities of the Divine Feminine into the world. The great spiritual task for modern human beings is to once again "know" this Divine Feminine presence within all of creation and within our own souls. Only then can we mediate the healing qualities of the Feminine so as to overcome the divisions which separate us from our true selves, from other human beings, and from the Earth.”[x]

We currently live in a state of acute vulnerability, we are longing to be closer to what feels real in our hearts and souls, to reclaim our creative powers, to correct the imbalances that show up in ecological and social destruction, ultimately, to give birth to new individual and collective consciousness. We yearn to return to healthy, just relationships with each other and with the Earth. Through the principles of the sacred feminine, the practices of sacred agriculture, and the wisdom of Sophia, we can engage in the development and expansion of human consciousness thereby enacting the transformation of consciousness within society, and achieving the melding of spirituality and activism.

[i] Onnesha Roychoudhuri, The Marginalized Majority: Claiming Our Power in a Post-Truth America, Brooklyn: Melville House, 2018. 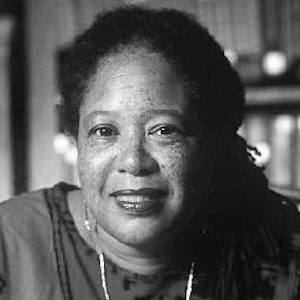 Claudia J. Ford is a member of the Board of Directors of the Biodynamic Association. She has had a career in international women’s health and development spanning three decades and all continents. Dr Ford’s research interests are in traditional ecological knowledge, agroecology, historical ethnobotany, gender, and medicinal plants. She currently teaches Women’s Studies, Environmental Literature, Environmental and Business Ethics, and Global Business Economics. Claudia is also a midwife, writer, and visual artist, and has shared the joys and adventures of her global travel with her four children.

Is there a way to still listen to the Webinar from April 17th?

Yes, if you register, I can send you the video recording from the webinar.